In international practice, the main acts regulating the concept of “domicile” are the “Convention on Jurisdiction and Enforcement of Judicial Decisions …” and “Bustamante Code.”

Some states allow changing the company’s legal address without liquidating it, including changing the place of registration to another country. This procedure is called redomicilation or redomicile.

A redomicile of a legal entity is the transition of an organization to the legal sphere of influence of another state, in the process of which the organizational and legal form and management structure are preserved.

Consequently, the enterprise passes under the jurisdiction of another country and no longer exists in the country of initial registration. From this point on, all work is governed by the laws of the new country. After the offshore company changed its legal address, it receives a certificate of redomicile.

Among the main reasons for changing the company’s jurisdiction in offshore companies are the most common:

– redomicile in connection with the improvement of tax legislation conditions;
– capital withdrawal to new markets;
– the tightening of state regulation in the country of the current registration;
– availability of shareholder potential in another country, etc.

Thus, in order to come under the jurisdiction of another country, it is necessary to fulfill three basic requirements:
– Examine the legal regulations of the state where the company now exists, and in which the transition is planned, and find out if redomicil is allowed there.
– View the constituent documents of the company: whether they contain information prohibiting such a procedure.
– Collect the necessary package of documents (originals of business licenses, constituent documents, package of documents of the director, beneficiaries, shareholders).
– At the legislative level, the majority of offshore zones provide for the possibility of redomicile of companies. It is often used in practice.

Before starting the process, you should be familiar with the laws of both countries, some put forward additional requirements for companies undergoing redomicile.

For example, in order for an offshore organization to come under the jurisdiction of Cyprus, it is enough to comply with the three conditions listed above.

And if you plan to transfer the legal address of the company to the British Virgin Islands, then the conclusion of a lawyer from the country of the current registration about the possibility of such a procedure should be added to the main package of documents.

There are a number of grounds for banning the enterprise redomicile:

– In the presence of open trials regarding liquidation, bankruptcy, etc.;
– When negotiating a company with creditors in the bankruptcy process;
– In case of untimely renewal of a license to conduct activities, etc.

Therefore, it allows to simplify some factors related to the activities of a legal entity in offshore areas, to choose more favorable taxation conditions and other standards for achieving the ultimate goals of the owner.

Eternity Law International specialists have extensive experience in the redomicile of companies from most offshore jurisdictions, as well as from a number of European jurisdictions. To get the consultation. 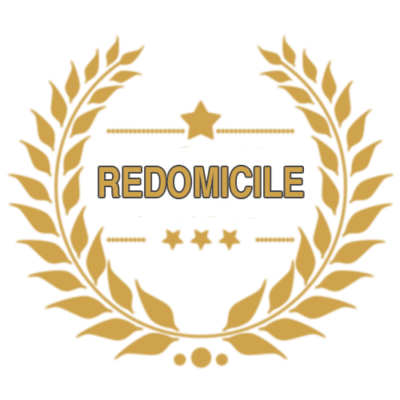